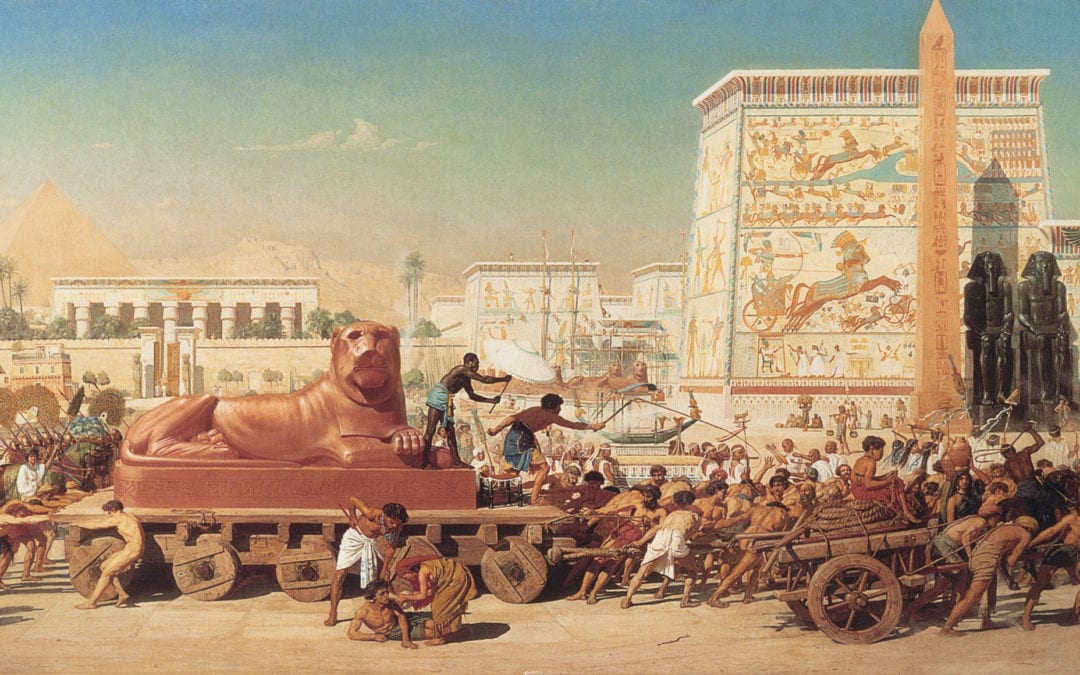 In 2020, I’ve committed to completing a chronological reading of the Bible. Today I came to the Passover and the final plague of many called down upon Egypt. I was familiar with the Biblical account, but for some reason this week as I read it again, the words God gave Moses for Pharaoh grabbed me:

“Let my people go, so that they may serve me.”

He doesn’t just say “Let my people go,” as one might recall readily from the well-known spiritual. God repeatedly expresses the purpose for His people’s freedom: so they (and we) can worship Him. In addition to God providing the most compelling argument for political freedom, that He repeatedly emphasizes his reasoning (“so that they may serve me”) should spur us to consider the specific purposes of our freedom.

This brings to mind two very different hot topics where this idea might be applied.

Stepping Back as Royals

Being a bit of an anglophile and somewhat enamored of the British royal family, the announcement of the Duke and Duchess of Sussex “stepping back”  from their status as senior royals was surprising. But the element of that which vexes me most is their apparent purpose in it. Is it acceptable for a young family to strike out on their own and try something new, even “progressive?” Sure, it can be. But in service of what?

Yesterday’s Daily Mail suggests that being her “true, authentic self” is among Meghan’s stated goals for their departure. If we understand our identity accurately and also whose Image we bear, becoming our True selves will be a natural result. But much of the supporting logic for the family’s newfound independence—with language from, admittedly, anonymous sources but also named friends and the couple themselves⁠—is worrisome if one understands fame, wealth, position, even individualism and the pursuit of self-actualization as means that can be fruitfully employed to proper ends, but not as ends in themselves. That Meghan has reportedly retained her extensive staff from her previous celebrity position and throughout her courtship and marriage is indication of her individual ambition. More questionable is the amount of discussion around the ability of a global “Sussex Royal” branded charitable enterprise to make the Sussexes lives even still more comfortable. What do the Sussexes see their newfound freedom existing for? While none of us can say with certainty, since ambition and charitable tendencies are far from inherently immoral, their intentions for their newfound freedom do matter.

For those who ascribe to a Biblical understanding of the human person including the body, that pornography is an obvious and universal bad should be clear. It is not God glorifying nor is it consistent with human flourishing. This should be stated unambiguously by followers of Christ.

Even so, being wholeheartedly opposed to the production and consumption of pornography does not logically imply one must support a particular legal response to pornography. (I hesitate to offer analogous logic, say with smoking and cigarette bans, because the fact that pornography is especially deleterious for everyone involved should not be minimized.) But it seems within the current debate about responses to the pornography problem, some otherwise sharp thinkers (for example) have rejected as impossible the logically coherent position of people who sincerely reject pornography in every form and for any use while opposing a government ban. To ignore this possibility and suggest that opposing a ban is always symptomatic of idolatry of freedom, love of money, or a personal appreciation of pornography can amount to an ad hominem accusation. One is welcome to argue that pornography is so bad and bans likely to be sufficiently effective that a ban is warranted. But those who argue this should be charitable enough to consider the argument of those who disagree. Basic economic reasoning suggests that a ban could be ineffective or worse and the costs of further expanding the role of our federal government may very well outweigh the benefits. Sadly, it is difficult to find proponents of a ban who are articulating a charitable stance toward those who raise these deeply held concerns about prohibitions on pornography.

There are also relatively few anti-prohibition thinkers who have made public and explicit a view that pornography is evil, though I suspect there are many. Libertarian and (classically) liberal Christians must be careful not to provide the stereotype so many of our opponents seek. All Christians should accept that freedom is intended for something and then say that, live that, and be grateful for the God-given scope for our proper use of free choice. This is especially crucial for our Christian witness to unbelieving advocates of liberty. For their sake, we should make positive arguments about what our freedom is for (spoiler: not pornography).

But it is likewise crucially important to be clear about our moral stances in our intra-church dialogue where views on the role of government and understandings of real-world trade-offs to policies differ and where caricatures of libertarians as libertine are too common. To engage those conservative Christians who might also trust the state further than is conducive to human flourishing, we should articulate carefully that attempts to legislate morality are often counterproductive, not just in pluralist societies but any society marred by sin. Whether or not it proves sufficient to get a hearing from our detractors, to have any chance at real dialogue and to be consistent with Truth, we must continually and credibly assent to God’s design for our freedom.