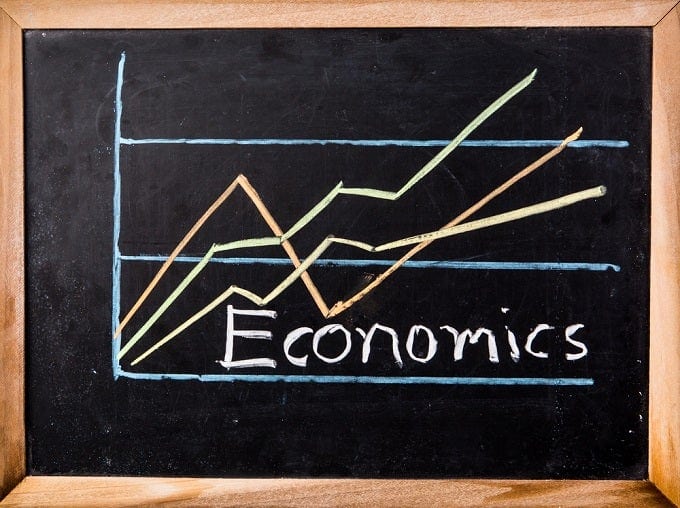 A few weeks ago an article by Dylan Matthews at Vox highlighted rock star economist Raj Chetty’s new course at Harvard. The article drew a lot of attention to the emphasis of theory over empirics in introductory (or “principles” of) economics courses. I have great respect for Chetty’s work in applied economics and assign it frequently in my policy-centric course Economics of the Public Sector. But I strongly disagree with him, at least as Matthews portrays his views, that principles of economics classes, or ECON 101, should—even can—be largely atheoretical. (I’m holding out hope that the Vox article is missing some nuance and that, in reality, Chetty values economic theory even as he makes enormous empirical contributions.)

In the article, Chetty provides the following motivation for his new, more empirical elective course:

“I felt increasingly what we’re doing in our offices and our research is just totally detached from what we’re teaching in the intro classes.”

And with this I largely agree. I have personally never published an academic paper based on shifting supply and demand curves in a graph and writing up my predictions. At the same time, this is a lot of what I do in ECON 101-type classes. Still, I use theory constantly in my scholarly work, including the most intense empirical projects I’ve undertaken (say, here and here). There are differences between introductory courses and research that’s been deemed to “make a unique contribution” for many good reasons.

But the disjoint between classroom and research is, in part, the fault of economists as they conduct their research; even as empirical methods advance and big data dazzles, we must be more intentional about theory, not less. If we can make theory great again, our research will reflect more of what we teach our students and to the benefit of our profession. Stated differently, just because professional economists (sometimes even amazingly successful ones) can do their work without thinking explicitly about first principles or economic theory does not mean we should ask students to do the same. When it comes to this, dear students, please do as we say, not as we do.

It’s Not Economics Without Theory

At the time the Vox article was published, I wasn’t sufficiently motivated to join in the social media debate. I’ve had related private debates many times before, including with colleagues and coauthors who appreciate theory but maybe a little less than I do. (I’d like to say “and vice versa” to be polite about it, but frankly, it is unusual for me to argue for less theory among my fellow applied microeconomists.)

Three of my chief concerns about the decreasing emphasis on theory in our profession are: 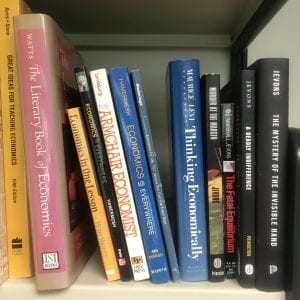 Theory is not Ideology

A discussion within economics about the mix of empirics and theory in our classes and in our research would be valuable. But there are risks, too, as those untrained in economics enter the conversation. One is that theory can be confused with ideology, a mistake underlying yesterday’s Inside Higher Ed article “Indoctrinated by ECON 101.” Author and writing professor John Warner begins describing his less-than stellar experience with (and performance in) ECON 101. (He admits his lack of class attendance and does not let on that he took any further courses in economics.) He describes some less-than-engaging teaching methods utilized in his course, but ultimately focuses on what he believes to be wrong about economics, for example the law of demand. He further suggests economics is wrong because the profession and its students have been blinded by ideology.

I regret Warner’s bad experience in his economics class. It isn’t unheard of, and it isn’t unique to economics. Sadly, many academics see teaching as a necessary evil that funds their research agendas. But I know many great teachers of economics who care about students, value their discipline, and—for both those reasons—avoid ideology in their courses. I teach with such people at Hope College. I discovered my calling at Hillsdale College where teaching and learning were the focus. And I grew into my professional career among brilliant teacher-scholars at the University of Virginia.

Among those is Dr. Kenneth Elzinga, a scholar renowned within our discipline for his teaching. Ken is able to engage his principles-level students (over 40,000 in his career) despite facing a sea of people—500 in each of two sections every fall semester—in a mostly dark and steeply slanted Chemistry auditorium. He’s even able to motivate their learning with a little uncomfortable truth, truth that some who pass judgement on economics (the content or methodology) and economics (the profession and pedagogy) should keep in mind.

In his characteristically winsome way, Ken cautions students very near the beginning of his course that, if they’d be unwilling to set a friend’s broken arm for lack of medical training, they should be likewise cautious about too confident of economic opinions without some training in the “toolkit” he aims to teach them that semester. The hopefulness in that statement is that, much can be learned in one semester, and I venture to say that’s because of the broad applicability of some basic first principles. They certainly don’t explain every complexity of the human experience (what can?), but those principles bear out in reality too often to ignore.

It is not ideology to recognize meaningful patterns across human history, across even rich and poor nations, or more materialistic versus more benevolent societies, and then ascribe to those patterns some usefulness. The resulting theory, moreover, is testable, which is a significant motivation for applied microeconomists like myself and, I hope, Chetty. And the lessons of ECON 101 have been tested within a massive marketplace of ideas, the economics literature. The ideas that survive the scrutiny of peer review by many people of various background, different perspectives and even ideologies, constitute a shared body of current understanding that includes the core of introductory economics.