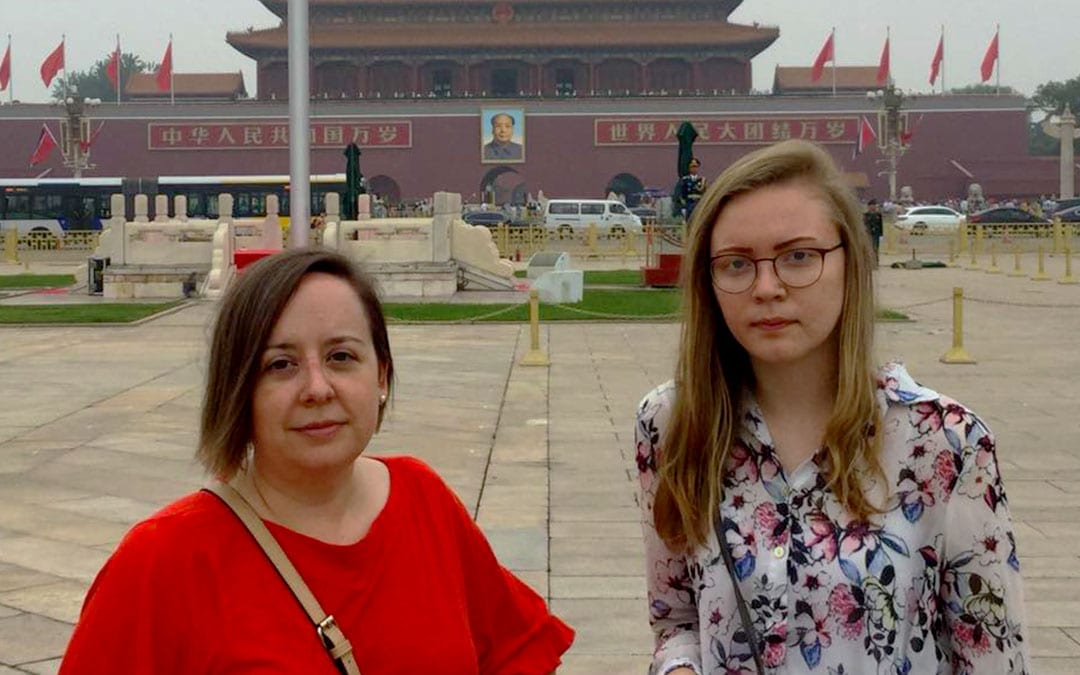 Today liberty lovers around the world will mark the anniversary of the Tiananmen Square Massacre. Thirty years ago, a months-long, student-driven demonstration for democracy ended in a Chinese military crackdown and protester deaths estimated in the thousands.

My Trip to Tiananmen

Last year I had the privilege to walk through Tiananmen Square while co-leading a Hope College May Term to China. As we waited to walk between the barriers that funnel hordes of people by Chinese military guards, we could see Mao’s massive portrait looming from the Forbidden City to the north of the expansive square. To the southwest of us, a long line of people waited to enter the mausoleum where Mao’s body is displayed. We observed that many others who passed by bowed reverently in the direction of the mausoleum. At the same time, tourists cheerfully milled about the square, despite both the oppressive air pollution and the even heavier legacy of the place named for the nearby “Gate of Heavenly Peace.” I was glad that our students were more serious, having learned in advance about the massacre. Talking about such things on-site, of course, would have been risky.

I asked one of my students, a member of Markets & Morality, to join me for a photo we could show the group. (I realized the first time we read Jay Richards’ Money, Greed, and God  in M&M that many younger people have little awareness of the human toll of communism. Since then, I have committed to taking every opportunity for education on this point.) I was heartened that Camryn would agree but only if we didn’t smile. She was surprised by the carefree attitudes of other tourists. Didn’t they know what happened here? 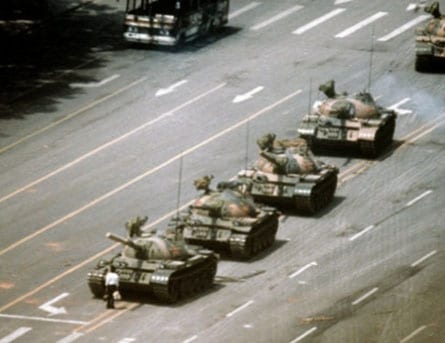 Our group stood as we were allowed, gesturing inconspicuously toward the street where Tank Man was apprehended the day after the massacre. We can only imagine what consequences he faced as his remarkable determination and courage was illegally broadcast around the world. Other than heightened security measures this many years later, there isn’t much to be seen in Tiananmen today, certainly nothing about the uprising that led to an “incident” that is now considered a non-event.

During my time in China, I learned a number of things about the protests, including: 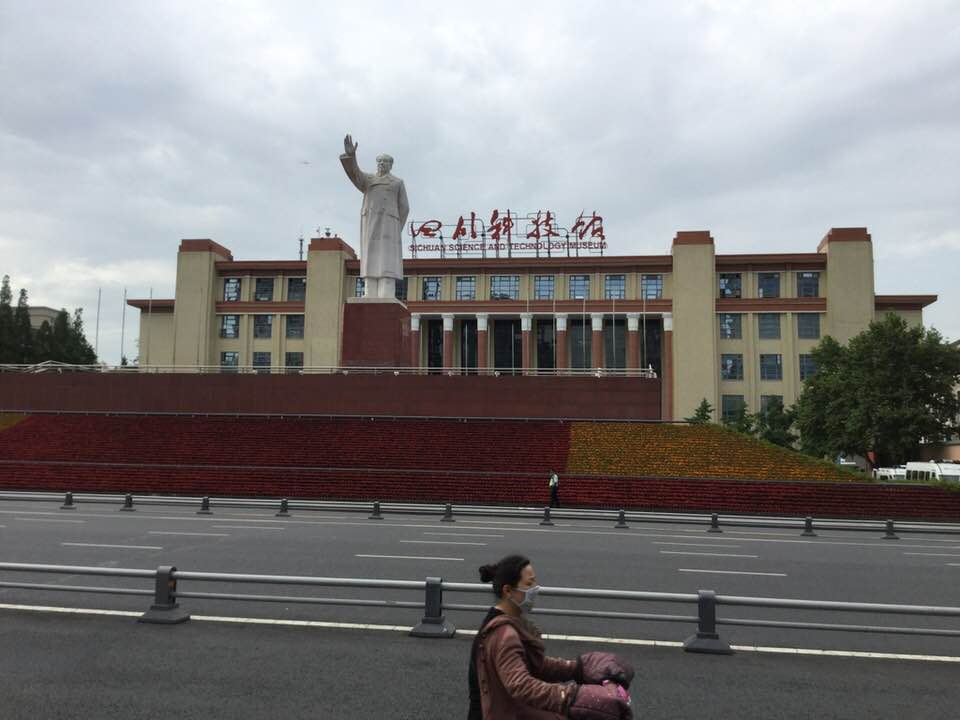 The Power of Ideas

Somehow it hadn’t occurred to me before I was there: the greatest impediment to democratic reform in China is a lack of solid ideas. Though I’m known to remind students  frequently that “ideas matter,” I had failed to recognize just how true that is in China. I had assumed that it was sheer power–an invitation to “tea” with a party official, the pervasive military presence, threats of political imprisonment–that was the chief constraint on the Chinese people. After speaking with that protester, I realized that it isn’t just that the people cannot speak up, but that many haven’t much to say.

For one, the Chinese are cut off from current information and an understanding of their own history. Without facts to counter the official narrative (not to mention the freedom to develop facts into knowledge and refine knowledge into worldview, all of which requires something of an open discourse) it would be difficult for anyone to find much to say, let alone act upon, at great personal and familial risk. Chinese perspectives on other countries and cultures are ill-informed, too. While ambitious and focused, students are misguided by the content of their education.

Moreover, while pursuing vigorously technological advancement, it appears China has been left behind by some major ideas underpinning the Scientific Revolution. For example, it wasn’t just that Mao was evil; he also apparently lacked an understanding of causal mechanisms. (He would implement failed policies repeatedly with the illogical expectation that they would produce different results on subsequent tries.) While in Shenzhen, we asked questions of a very bright, U.S.-educated economics professor who wanted to help us understand the economic advancement in that region. She had just explained that freer markets had notably reduced poverty over only a few decades. Still, she could not imagine why we would ask whether increasing economic controls, an opposite policy, might reverse the trend.

Worst of all for the Chinese people, it seems too many lack an appreciation of inherent human dignity. In traditional Chinese culture, there is little value placed on privacy, choice, and individual worth. It is true that the Chinese are generally intelligent, hard-working, and certainly resilient. Given just a sliver of opportunity to build on their ambition, the Chinese people have increased their standard of living much over the last few decades. But instead of feeling worthy of more, many Chinese feel relatively rich, healthy, and well-educated, It is true that massive economic growth resulted from the market-mimicry of China’s “opening-up” period. But what about privacy, individual conscience, and self-actualization? 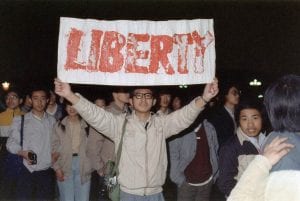 Perhaps after generations of destitution, China’s new financial wealth is just enough to numb the senses toward personal and political oppression. But let’s hope not for long, because the human person is made for more than survival or even material plenty. Our inherent dignity merits an existential dignity, the experience of flourishing. Too often in history, it has been hunger and poverty that have motivated the kind of courage the world witnessed 30 years ago in Tiananmen Square. But those protesters demanded more than material well-being, and we honor them when we do the same, for ourselves and the tyrannized and persecuted Chinese people. 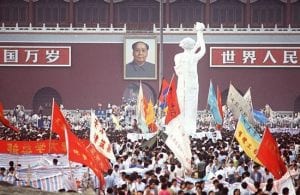 If you are in the Washington, D.C. area today or in the future, you might consider a visit to the Memorial to the Victims of Communism, a bronze replica of the Goddess of Democracy from the Tiananmen Square protests. (Pictured below is Markets & Morality with the chairman of the Victims of Communism Memorial Foundation chairman, Dr. Lee Edwards, in March 2016.) 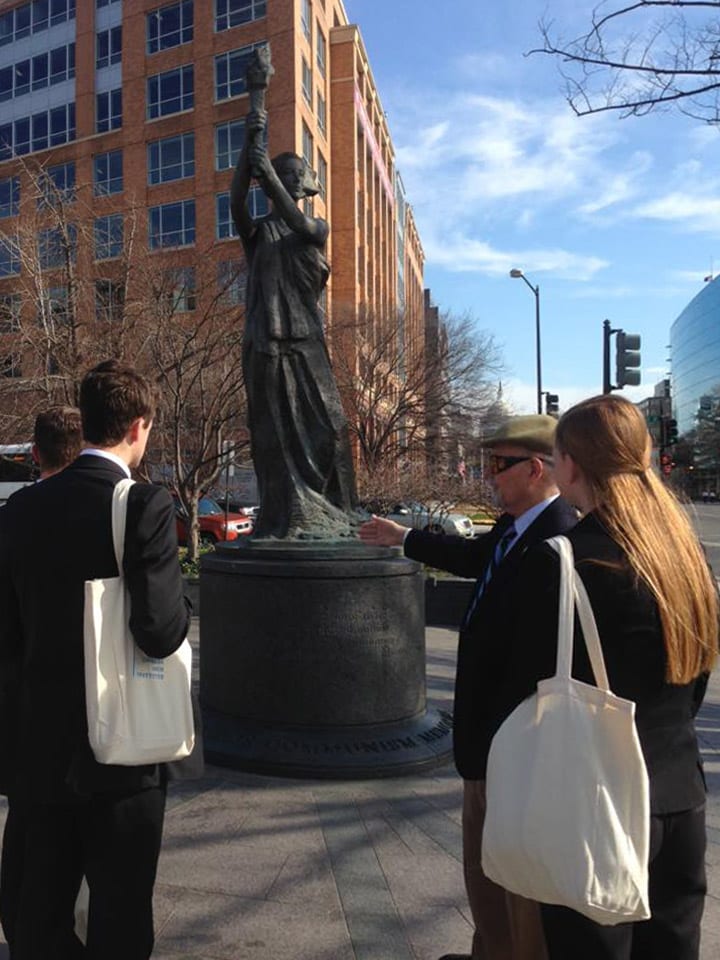