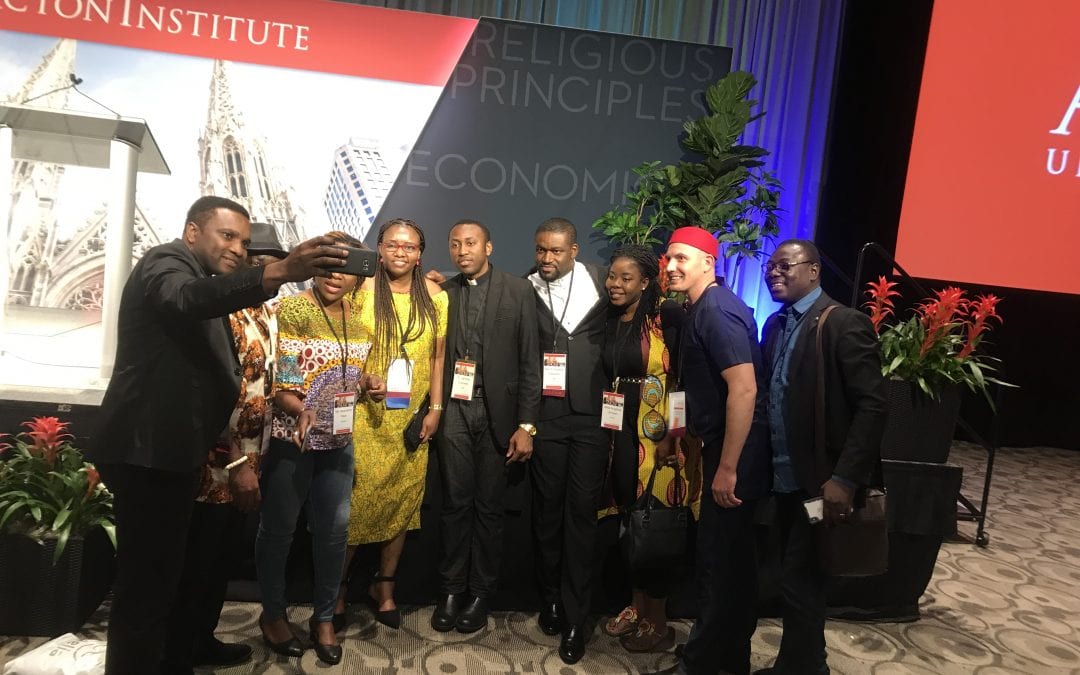 Today around 1,000 people from over 90 countries will depart Grand Rapids with the conclusion of Acton University, an annual event I tend to think of as the Christian nerd summer-camp experience I need. I meet up with friends and colleagues here, I expect to make more acquaintances, I learn and am stretched, days are long and sleep is short, and it is all a ton of fun. I never went to summer camp, but I imagine all those things are similar.

One of my new acquaintances this year, upon hearing I was an economist, said “this must be heaven for you!” And I agreed. The diversity of people, literally singing praises to God in some cases, and focused on truth and learning is heavenly. So is it heaven or summer camp?

It is easier to say what Acton University is not.

There was also a hefty dose of humor in each of the plenaries this year. Mary-Ann Kelam shared memories of interactions with President George H. W. Bush, Deltan Dallagnol remarked on his handsomeness relative to the actor portraying him on Netflix (citing his mother and wife), and Father Sirico let his Brooklyn roots show a number of times.

Jonah Goldberg, who might as well perform nerd stand-up, , made an economically-literate quip about trade even before he got going on his talk based on his book Suicide of the West. 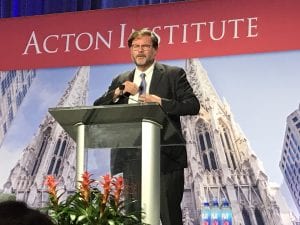 “If you like my jacket, I bought it in Grand Rapids because I forgot my own. Apparently that means I have a trade deficit with Grand Rapids. You took my money, and all I got was this jacket.”

Some Personal Highlights from 2019 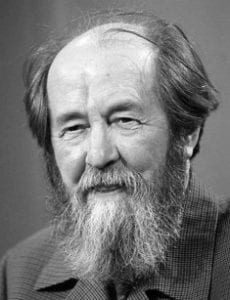 “There is a Russian proverb: ‘The yes-man is your enemy, but a friend will argue with you.’ It is precisely because I am a friend of the United States, precisely because my words are prompted by friendship, that I say: ‘My friends, I am not going to tell you sweet words. The situation in the world is not just dangerous, it isn’t just threatening, it is catastrophic.”

Note that, in a few weeks, you should be able to access an audio recording of Dave’s talk, the plenaries, my classes, and all the others from the Acton Institute website. (I also am looking forward to bringing a Solzhenitsyn-themed event to Hope College/west Michigan in 2020!)

My course, “Why Hayek Should Matter to Christians.” 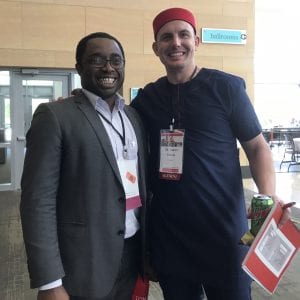 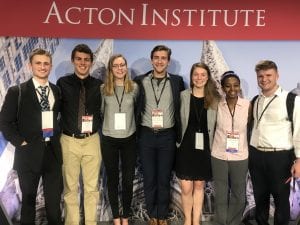