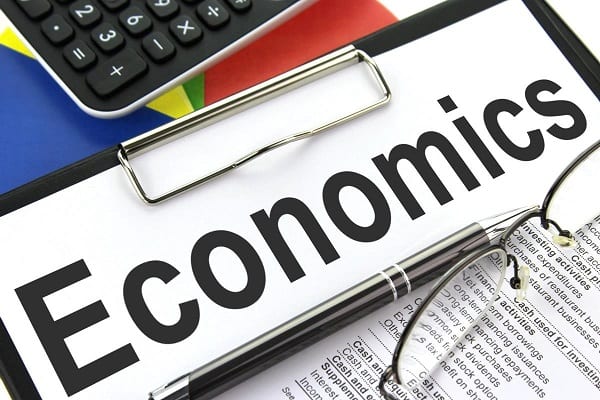 This is the first in a series that defines economics as a discipline, addressing common misconceptions along the way.

To some, economics is a set of facts: “Consumers buy more of a good when its price falls.” Often dry, even if important, facts: “Unemployment nationwide was 3.7% in July.” Sometimes unfortunate facts: “When the minimum wage increases, some people who would otherwise get jobs, don’t.” “Policies that impose clean energy guidelines hurt the poor the most.” Occasionally, economic facts seem to morph into dictates: “Businesses must pursue profit in order for a society to prosper.” When understood properly, though, the discipline of economics is much more than a list of facts and, I would argue, cannot by itself make any prescriptions.

It’s not a bad place to start to think of economics as “a study of human behavior.” This reframing should take our imaginations far beyond the narrow, mundane, dry, or inaccessible facts often equated with economics. But, if we don’t refine this definition, economics becomes indistinguishable from many other social sciences. So what makes economics unique? Economics, as a discipline, is better understood if we can define its scope, methodology, and perspective.

Many people’s primary definition of economics is based on its scope. Economics is the topics it addresses. Even those who don’t have great interest in or who haven’t much exposure to economics could name a few things economics is apt to address: the role of money, aspects of life associated with financial transactions (say, employment, buying and selling of goods, government budgets), particular markets (e.g., the stock market), or the health of the so-called “economy.”

None of these is wrong, but neither can such a list be exhaustive. Economics is much more. I would say economics might fruitfully be applied in any situation that includes human action or choice.  How does a mother’s decision to talk a lot to an adolescent daughter about sex affect the daughter’s sexual activity? Do longer prison sentences reduce or increase a former offender’s future criminal activity? Why are charter school teachers’ salaries less, other things held constant, than their non-charter public school counterparts? Each of these questions, just as a few examples, fit firmly within mainstream economics, and is surrounded by countless other papers that constitute the relevant economic literature.

If you didn’t know economics is more than the supply and demand of goods and services, GDP, inflation, and unemployment, you’re not alone. There are a number of reasons people get this impression, not least of which is that economists continue to define and redefine the scope of the field.

In fact, the purview of economics has expanded markedly over the last 60 years. No one’s work exemplifies the amazing breadth of economics, or should get credit for its expansion, more than Nobel Laureate Gary Becker. Becker extended core economic reasoning to behaviors as human (and largely not financial) as marriage and fertility, education, and crime, just to name a few. Consequently, at various points in his career, he was accused of being an economic imperialist, that is, of invading other disciplines. Certainly Becker should be credited with leading the way for economists into many questions previously dominated by other fields, but his strategy was not exploitation of the native resources. His contribution and legacy is the careful application of a systematic methodology and the unique perspective of economics to countless questions critical to human flourishing.

The wide applicability of its tools makes it impossible to list all the topics that constitute economics. (The Journal of Economic Literature classification code gives a partial map of the discipline and its major fields.) Rather than arbitrarily imposing limits on where economics belongs, in practice, it is the methodology and perspective of economics that dictates where it might be applied profitably.

The “Science” of Economics

There is a real debate about using the word “science” to describe economics or in the designation social sciences in general. For most economics novices, though, understanding economics as a sort of science reflects its well-defined, systematic approach to understanding admittedly complex behaviors. For one, not unlike a high school physics class (and all the physics that follows it), economics must make use of simplifying assumptions and models. Second, the term “science” also indicates that economics is not designed to prescribe human behavior or say what should be done. Its design must be objective, for economics lacks the tools needed for discerning higher values.

In two posts to follow, I will unpack each of these further and confront directly some of the most common misunderstandings about what these things mean about economics. For now, I want to be clear that to define economics as a science is not to say the humans practicing economics are immune to bias nor are they omniscient modelers, able to make perfect predictions. (Neither are natural scientists, for that matter.)  It is precisely because economists are human, possessing some inside information on their human subject matter, that we must demand economists remain as objective as possible and construct solid theoretical models before applying any data. Objectivity is easier to pursue, and bias easier to detect, if a discipline employs predetermined systematic approaches.

Finally, economists employ a perspective distinct among the social sciences. Economists should be proud to hold the label “the dismal science” if it reflected the original meaning. But nowadays, I suspect, the moniker sticks because economists just won’t stop talking about trade-offs and costs. We talk about scarcity as a universal state and suggest you cannot have your cake and eat it too (or put resources into education or healthcare without giving something up, maybe the arts or environmental goods.) Since finite resources are part of the created order we live in, humans across time and place have always had to make choices. And when we make choices, we give something up; there is a cost, a sacrifice, something foregone. If recognizing this truth is dismal, but it is true, I guess we can be proud of that, too.

While the constant reminder about costs makes an economist quite the Debbie Downer at parties, economists are perhaps even more misunderstood when we use the word rational. This topic, too, deserves much more attention and another post. For now, file away the idea that this word is used very carefully and, ideally with humility, when employed by economics. Rationality does not indicate that humans know everything, can choose perfectly, or operate free of emotion or rules of thumb. Rather, it indicates that people will survey the options available to them and respond according to what they think will be best for them and their loved ones. After understanding the role of modeling in economics better, we can return to the question of rationality, whether it is an appropriate or useful aspect of the economic way of thinking.